This is a piece of a larger puzzle, the basic parti of which is sketched above.  The stair is located centrally in the square plan, and is itself a nine-square plan.  Tectonically, the stair is supported on a peristyle of Tuscan pilasters, while the stair proper is takes its details from Mies’ Crown Hall at IIT, and tall fireplaces occupy three sides (their form, a take on Schindler’s Kings Road House. 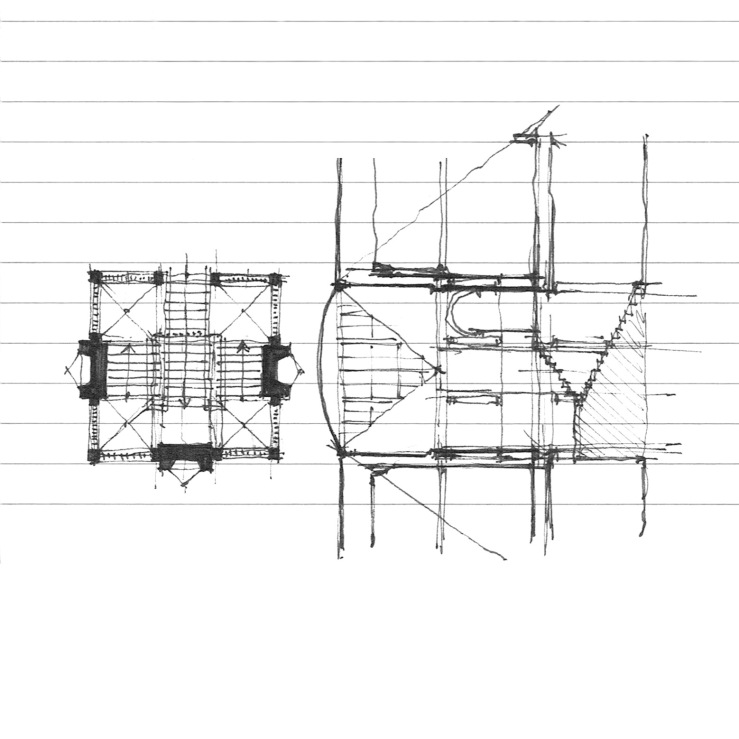