It’s been far too long – apologies are in order.

But today it’s back to basics: square and arches.  The first project is a simple study of a simple idea, instigated by an awful homespun diy renovation in my neighborhood, where a series of plaster arches had been tacked up under a shallow roof overhang, obscuring the clapboard home beneath.  I’ve ordered it a bit more, rendered in a square with access via brick steps at the corners – a four square clapboard home sheltered behind a humanist arcade.

The second project is another simple pavilion, this time with rounded corners and  centralized access.  A quick study to the right explores an arcuated form, with a centralized column instead, harkening back to the four square plan mentioned above. 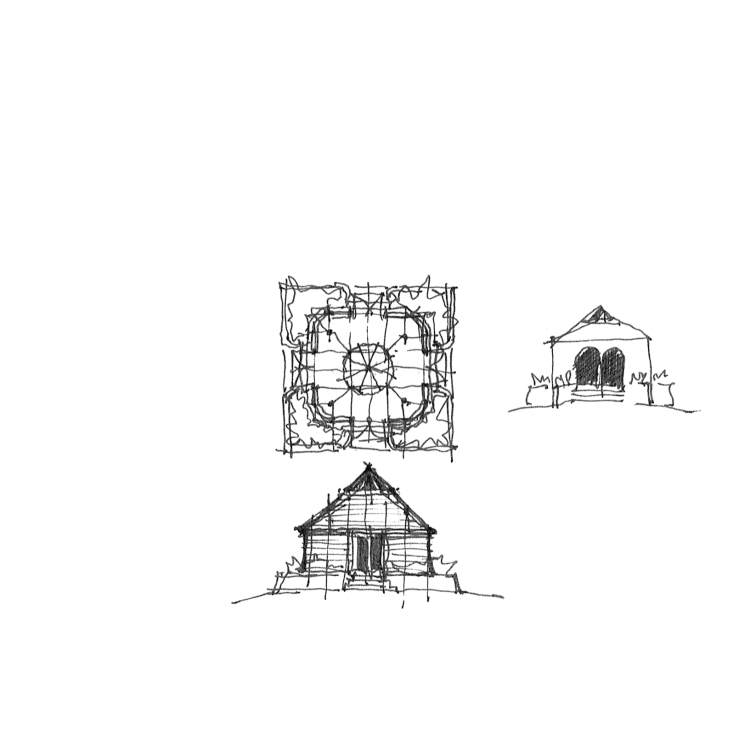