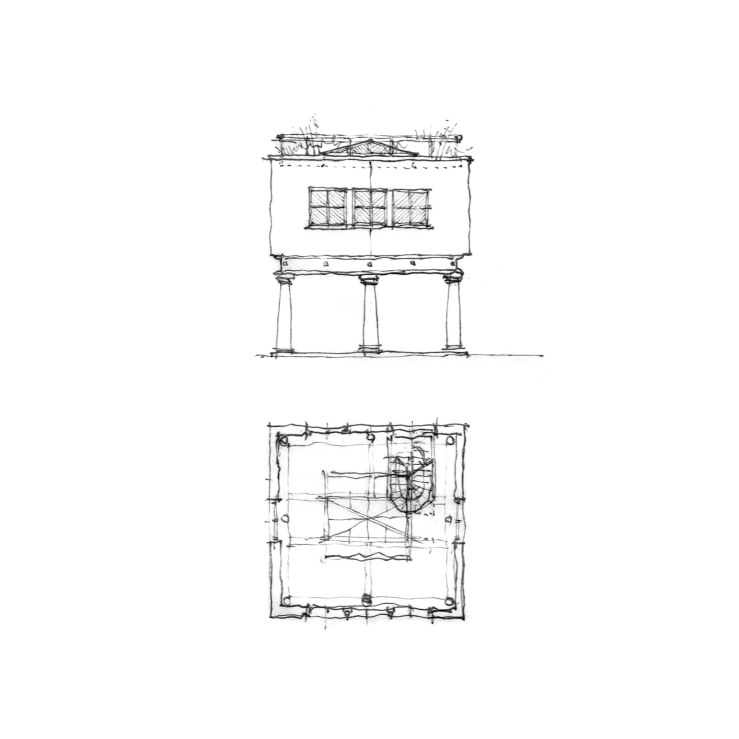 Leon Krier always has an interesting point or two to make with regards to Le Corbusier, most likely due to Corb’s immense power over Krier’s earliest work and schooling.  In many ways, Krier’s career can be seen as one long extended dialogue with (and often against) the Modernist figurehead.  As part of that, Krier has recently talked about a resurgence of those five points against which Corb wrote his – and argued that these five points ought to form the core of a vernacular traditionalism, much in the same way Corb’s have loomed over the moderns.

So I figured I’d take a synthetic middle ground.  What happens if we take Corb’s five points and dress them up in traditional garb.  What then?  Piloti are given bases and capitals (and become columns); picture windows are gathered into long fenetre en longueur; the plan is libre (free of rooms en filade); the roof is flattened to host a garden; and the only point I’m probably missing is the free facade.  O well, better luck next time. . . 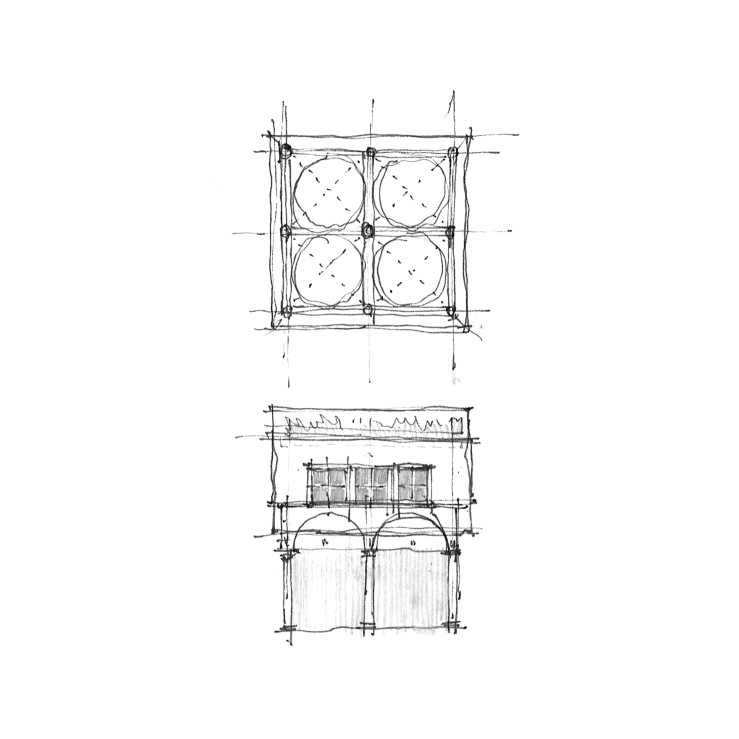 3 thoughts on “the five points, revisited”