Stepping back to a previous topic, I’ll share an unbuilt Robert A. M. Stern project I stumbled upon a few months past titled simply ‘House in Cold Spring Harbor’ from 1985.  The house in interesting for a few reasons: the formal entrance is off of a motor court on the secondary axis, and is below grade (the bottom sketch in the drawing above); a large square stair makes up the majority of the central volume, and is capped with an enormous north-facing monitor; there is a wonderful play between the formal portico-ed facade and the rear garden facade, which takes on a u-shape; a large chimney-piece makes up the east facade, though the flue is not centered on the entire building, rather a window.  My own circular take on the central staircase follows. 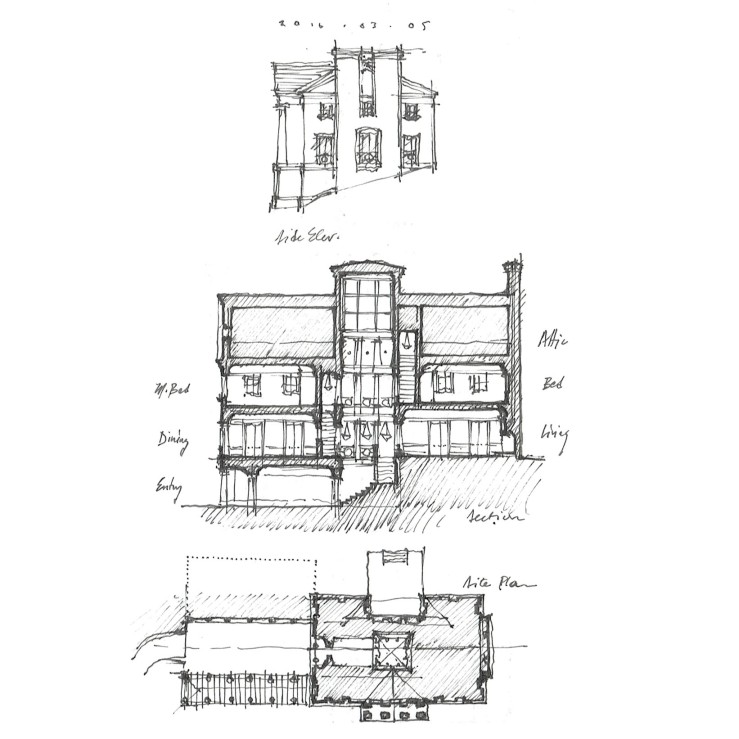