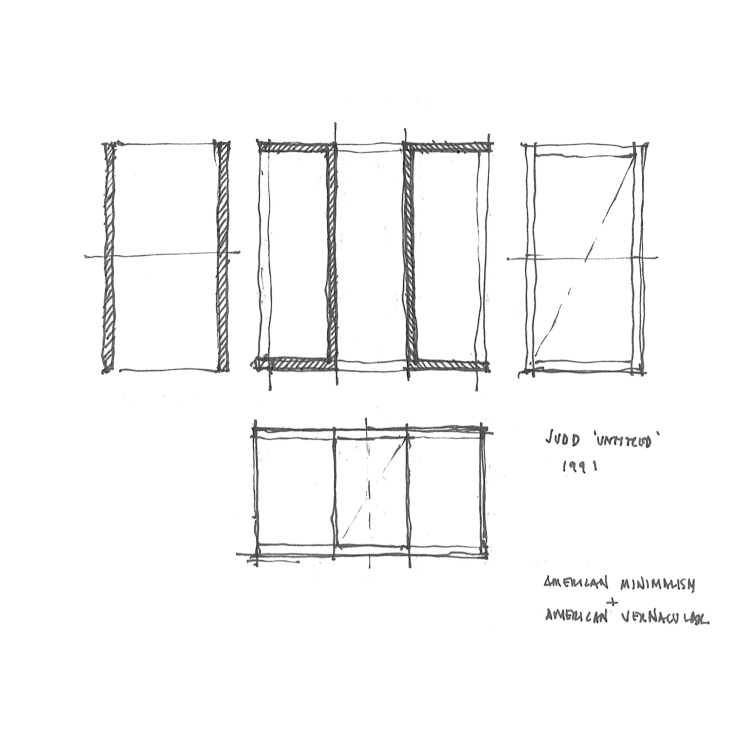 I took a simple, three-square concrete sculpture of his, untitled (1991), and rendered it in the most prototypical of American vernacular architecture, clapboard.  One rendition maintains the homogeneity of Judd’s concrete as a single clapboard volume (‘abstraction wrapped in ‘vernacular’ ‘), and the other rendered as a full building, with a shingled roof and brick foundation (‘abstraction become vernacular’). 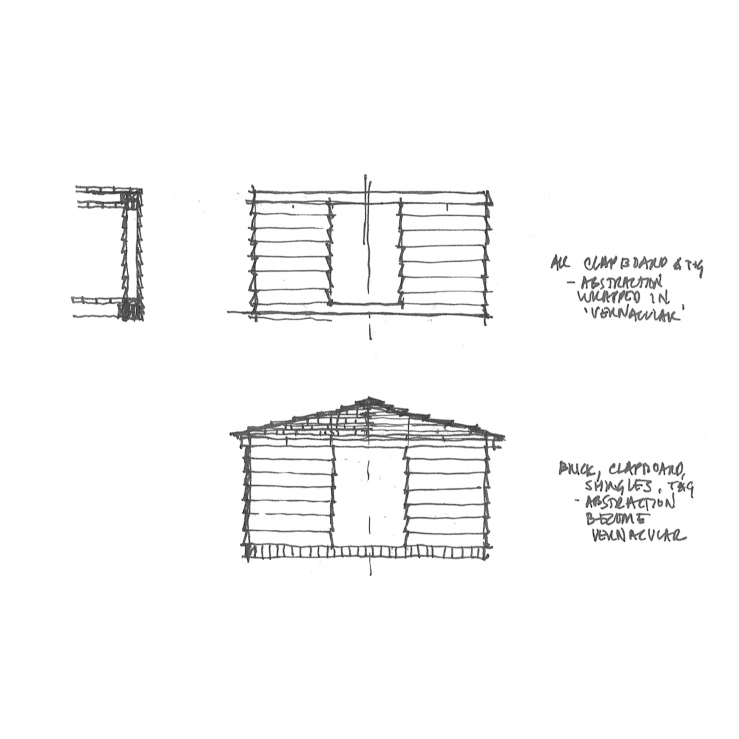