In penance for doing little posting of late, I present you with a little precedent study, and an archaeological one at that.  Burnham & Root’s Armory Building (Chicago, 1882), was demolished in the 60’s, and Richard Nickel’s photos are little of what remains to tell the epic story of this impressive structure.  Predating the Monadnock Building by 9 years, the simple masonry volume is rather unornamented, save for the excellent brickwork and rough-faced battered stone.  A large skylit central drill hall anchors the form, which gives only small fortified slit windows to the street, save for the large, Richardsonian Syrian arch at the main entry.  The windows pre-echo Kahn, but I’m not going to argue that he was so influenced, no matter how hard I’d like to.  The structure is framed by the large load-bearing masonry walls, which are filled with long-span trussed arches, which allow for the large hall at the center.  My first (failed) attempt at a truly square floor plan is at the bottom. 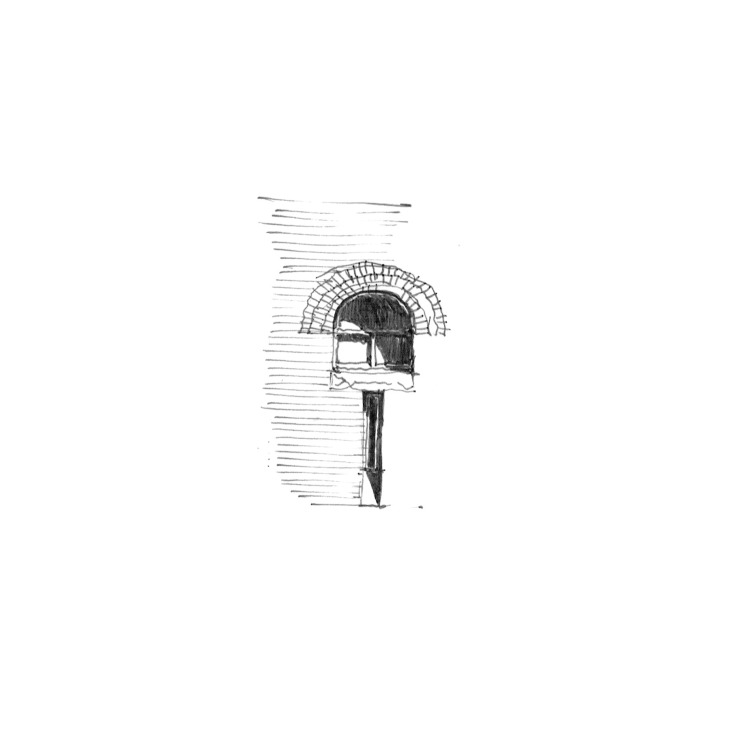